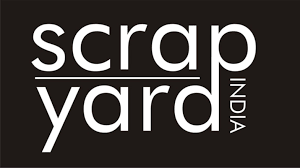 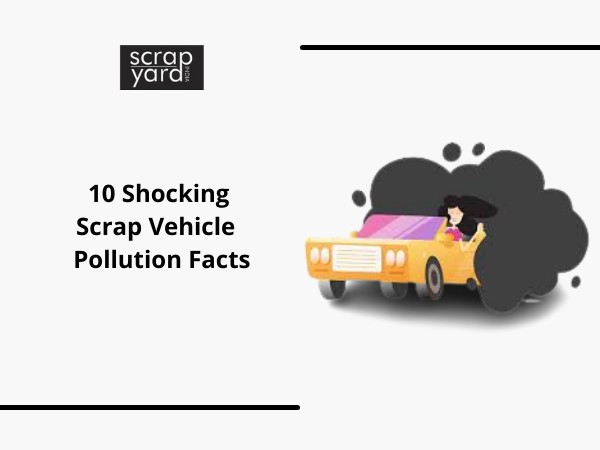 Owning a car is nowadays deemed a luxury. Moreover, it has become a necessity. There comes a time when your travel companion gives an average performance. You may think that it’s roadworthy, but the new policy for vehicle scrapping in India states otherwise. At present, your car will be considered a scrap vehicle if it fails the fitness test. If you run your scrap vehicle after it fails the test, you will be liable to pay a hefty fine and face legal consequences.

Here we are trying to indicate that a scrap vehicle will do good to no one. Even nature gets drastically affected by the nuisance caused by junk cars. Yes, it’s all true. Nature gives us hope to survive. But what humans do in return is not commendable. The youth of India is environmentally woke, and the efforts of people who care for the environment have started changing the mindset of others. The policy of vehicle scrapping in India also has highlighted ways to curb the pollution caused by scrap vehicles.

Scrap Yard India has also been making continuous efforts to let nature be. We write about topics that enlighten people and change their way of looking at a scrap vehicle. This article, in particular, will shed light on some shocking pollution facts related to End of Life Vehicles (ELVs.) Ready to think with an open mind? Well, let’s do it together.

Here are some shocking pollution facts that will make you think twice the next time you wish to use your scrap vehicle.

1] Pollution by Scrap Vehicle Affects “Only” the Air Around You

A scrap vehicle shouldn’t be used as it can be dangerous. As a car owner, you should not risk your life. While you protect yourself, you should also try protecting mother nature. If you continue using your old, unfit car, it will not just pollute the air. In fact, the end of life vehicles are a major pollutant of soil and water too. When left abandoned, toxic fluids from junk cars seep into the ground and further mix with water bodies in the surrounding areas. This can prove to be lethal and detrimental for nature, humans, animals, etc.

Additionally, the Auto Manufacturing Industry creates waste in huge quantities that not only pollute the air but also pollute different ecosystems of nature.

You may know that most of the cars run on fossil fuels. These fuels burn whenever your vehicle runs on the road. But if you use a scrap vehicle that gives less average, it will burn more fuel compared to new cars. Ultimately such emissions add to the greenhouse gas accumulation in the environment.

The greenhouse gases not only hamper the quality of air but also damage the animal and plant kingdom. In fact, the environment as a whole deteriorates at a rapid pace.

3] Scrap Vehicles Add to the Problem of Global Warming

Climate change is very evident all over the world. Various ecosystems that co-exist together in nature are falling prey to the wrongdoings of humans. Scrap vehicle pollution is undeniably one of the significant root causes of global warming. Old cars emit Carbon Dioxide in large quantities. Other gases that mix with the atmosphere ultimately raise the temperature worldwide. Warmer temperatures have affected wildlife, natural landscapes, sea levels, farming, etc.

What’s in the past can’t be undone. But now, since we know ways to reduce the impact of global warming, we should do our part. So, say no to driving scrap vehicles and help nature be.

The effects of greenhouse gases are not just limited to what has been stated above. Any scrap vehicle is partially responsible for the depletion of the Ozone layer from the earth’s atmosphere. You may think what difference it will make if your car runs on the road. However, it would help if you look at the bigger picture. There are other car owners like you who would be using their end of life vehicles. So it’s not just about the emission of harmful greenhouse gases from a few cars. In fact, the numbers are vast, more than you can think of.

The average greenhouse gas emissions from scrap vehicles in major cities in India account for 25-30%. This figure will rise if we do not act responsibly. The government of India has already planned to phase out such vehicles in the coming years. Hopefully, then the emission of harmful gases into the atmosphere will reduce. To make this come true, every one of you will need to put effort.

Vehicular pollution statistics clearly indicate that scrap vehicles discharge huge amounts of Nitrogen Oxide. It’s a highly reactive gas that is produced when fuels burn. Nearly 34% of Nitrogen Oxide and other volatile substances mix with the atmosphere and pollute it. These dangerous elements are detrimental to flora, fauna, and even human health.

Hydrocarbons present in the atmosphere react with Sunlight and Nitrogen Dioxide to form Ozone. This layer is very beneficial for the upper atmosphere of the earth. However, it’s very harmful at the ground level as it can lead to lung inflammation, chest pains, coughing, difficulty in breathing, etc.

6] Your Scrap Vehicle is a Major Carbon Monoxide Pollutant

Around 51% of Carbon Monoxide pollution is caused by scrap vehicles. If the concentration of Carbon Monoxide is too high in the atmosphere, it can prove to be very deadly. It will deteriorate the air quality, which is already not so good. Additionally, it contributes to smog pollution.

This exhaust gas is particularly dangerous for people suffering from heart problems and even infants. It also intervenes with the blood’s capability to transport oxygen.

The smoke emitted from a scrap vehicle mixes with the fog that is already present in the atmosphere. The mixture of these components creates something known as “Smog.” This smog makes the air heavy to breathe. It can also make people’s eyes burn. That is why smog is deemed hazardous for human beings.

An extremely lethal after-effect of vehicular pollution is Acid Rain. As various harmful gases get released from scrap vehicles, they change the climatic conditions. Toxic acid rain is a direct effect of such activities. It intoxicates the water of the natural reservoirs and pollutes the soil. It’s also poisonous for the living ecosystems and can also lead to the death of plants and animals.

9] Exhaust Systems of a Scrap Vehicle is Problematic too

The exhaust systems in a car help in releasing a mix of gaseous constituents into the air. When these glasses reach high up in the sky, impure clouds are formed. As the clouds are filled with toxic gases, the rainfall drastically reduces in such areas. This entire cycle has a critical negative impact on the environment.

It must be shocking to read, but approximately 30,000 people die annually because of emissions from unfit cars in the U.S. alone. Vehicular pollution is the root cause of various cardiovascular and respiratory problems. It can even exacerbate the pre-existing asthmatic problems.

Hydrocarbons, Carbon Monoxide, Particulate Matter, and other Car Pollutants pose a great threat to human health. The airborne particles containing Metal and Sooth cause eye irritation and other allergies. The finer particles can potentially travel through the respiratory tracks and spoil the lungs.

By now, you must’ve understood how your scrap vehicle can add to bigger problems that have drastic after effects. So please sell car for scrap and benefit all.

We are connected with Registered Vehicle Scrapping Facilities across nooks and corners of India. Since many years down the lane, we have convinced thousands of people in India to pledge their unuseful cars to end of life vehicle recycling.

Our team has every resource to help you sell car for scrap. We have always followed environment-friendly practices for end of life vehicle recycling and scrapping. SYI wishes to create a sustainable environment for all.

We wish that no one has to suffer from the lethal after-effects of scrap vehicle pollution. If you care for mother nature and about everyone co-existing together on the planet, please encourage others to sell car for scrap and not keep them running.

A big difference is made from a small start, and we are right here with you – at the beginning of that step. Come together, let’s put the right foot forward today!

Get valuation!
Schedule A free Visit
Schedule a Pickup
Request a callback
Partner with Us
×
×